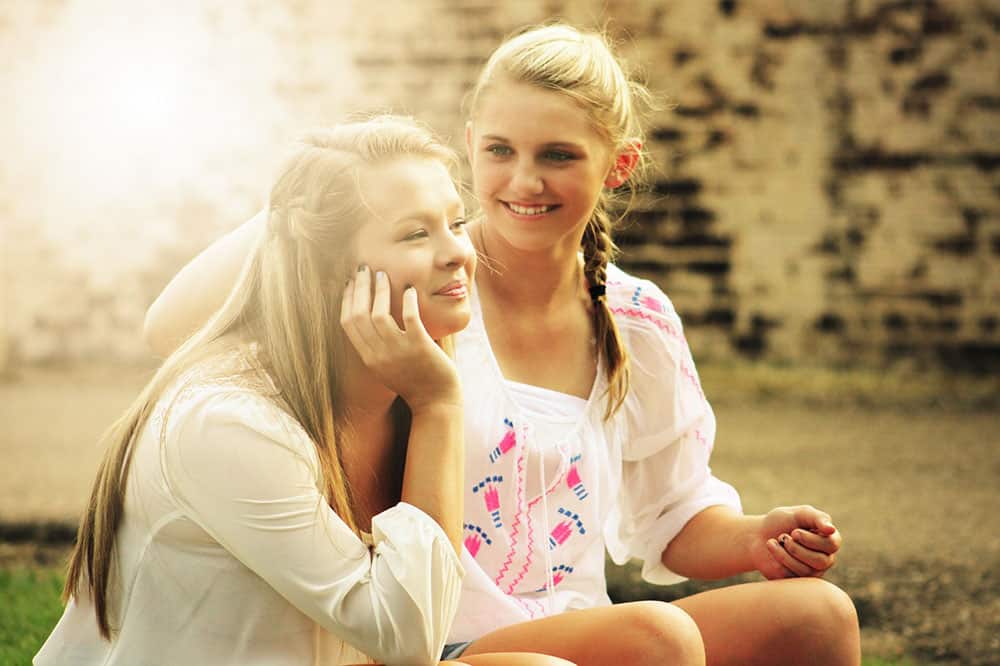 To pierce or not to pierce. Parents have to make all kinds of decisions about when and if to allow something their child wants, and when to allow ear piercing is what this post is about.


M y eldest daughter, who has just turned ten, is leading me into the unexplored territory of tweenhood. The term ‘tween’, and probably also the life stage, didn’t exist when I was growing up so I am on totally new ground.

So far, so good, though, with the only major issue we’ve had to deal with being ear-piercing.

I realise there are many views on when is an acceptable age for piercing, ranging from a few weeks old to never, but I’d always assumed the issue wouldn’t arise until adolescence.

I had to wait until I was 16 to have my own ears pierced because my parents argued my ears would be close enough then to their adult size and so the hole would be in the right place (this didn’t make any difference because the piercer who did my ears didn’t get the whole in the right place anyway!).

My daughter, however, had hers done for her 10th birthday. We managed to push the age to 10 (an arbitrary age really but one my husband and I felt comfortable with) after her nagging us for about two years (other girls had their ears done and so the trend – and peer pressure – was growing).

My husband made a deal with her that if she waited until her age was double digits then she could get both ears pierced, but if she had them done while her age was only one digit, she could only have one ear done. Being a person who likes symmetry, she agreed.

But her younger sister now also wants to get her ears pierced and she is no lover of symmetry!

Predictably, she is more rebellious than her older sister and wants only one ear pierced! She has just turned eight.

What Should Parents Do?

Do we hold the same rules for all children or do we tailor them to the child?

What is fair? Is it in fact desirable to be fair?

Are we being too manipulative as parents if we think up rules to achieve a particular outcome?

For safety issues, most would agree being manipulative regarding outcomes is necessary, but what about issues to do with personal preference, the expression of a child’s unique personality?

There are no clear answers.

But you can use this type of situation to explore and become conscious of your own rules and prejudices about the issues your children are bringing up for you.

You can use these experiences as opportunities for your own personal development!

For example, what are your associations with people who have one ear pierced as opposed to both?

What kinds of judgments, if any, do you have about children with their ears pierced?

Ideas about body adornment are often culturally based, so your own cultural background will give you an idea of where your rules have come from.

Another way to use this situation for your own consciousness growth is to see whether you identify more with one of your children’s preferences than the other’s.

Are you more the law-abiding type or the rule-breaker?

Are you more conservative and traditional or more unconventional?

What feelings arise when you are confronted with the differing opinions and desires of your children?

Have any of the issues you are facing with your children occurred in your own childhood?

Did you feel pushed into either accepting your parents’ wishes or rebelling against them?

Becoming more aware of your own preferences about the various issues your children will bring home to you, and acknowledging them as choices you made will help you to connect more consciously with your children. And that’s a good thing!

You might realise that a rule you have taken on board came from somewhere or someone else, and that maybe you also have an inkling of another part of you who might feel differently.

This will help you to connect with each of your children, even though they are each expressing different selves with different ideas and preferences.

Depending on how far you go with this process, the outcome with your children and the rules you make for them will vary.

All it takes to have a less problematic relationship with your children is to connect with them on some level. You don’t have to agree with them but if they feel that you have some sympathy for their position, that you are validating them, then they will respond well to that.

My own 8-year old daughter has brought to my attention my own more rebellious and unconventional side.

As a teenager I had wanted to have two piercings on one of my ears, as well as on my belly button, and a tattoo on my arm, but I never did those things. I realise that part of me still exists and is a younger, more adventurous side of me than I am usually identified with.

When I talk to my daughter while being in touch with that part of me, she feels honoured, like I am taking her seriously rather than judging her.

And she hasn’t pushed the issue of her piercing.

We discussed it, I told her my concerns as well as of my understanding of her desire, and she has rather calmly accepted that she will wait. She won’t tell me until when she will wait, but as she doesn’t as yet have such a well-developed sense of time, I am hoping I can keep her ears intact for a few years longer!

You might like my posts on how to enjoy your relationship with your teenager and on how to support the development of your child’s unique personality.

For an overview of the many selves of the human psyche and for an explanation of how your personality develops, see my book Which Self Are You?