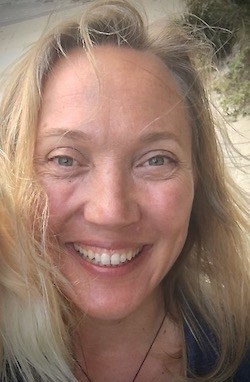 My Work with Voice Dialogue

I began studying Voice Dialogue as a young adult after I graduated from university (The University of Sydney) with a double major in Philosophy and Education.

I attended workshops - including some presented by Voice Dialogue's creators Drs Hal and Sidra Stone, both in the United States and in Australia - and I had sessions with facilitators.

I practised doing Voice Dialogue with my partner, who later became my husband, and we still use this work in our relationship and to help with raising our children.

I've worked as a Voice Dialogue facilitator and I've presented Voice Dialogue workshops. Many years ago I organised and ran a stand at the Mind Body Spirit Festival in Sydney to promote Voice Dialogue along with my then newly released book The Perfect Relationship.

My newsletter Daily Voice Dialogue (before blogs existed) was used by other teachers in their programmes, I wrote the blog Baby Dialogue after I had my first child, I've written articles on Voice Dialogue for magazines, and I've edited other people's books that have included material on Voice Dialogue.

My book on motherhood as a consciousness path (Enlightenment Through Motherhood) includes ideas from Voice Dialogue, and was inspired by my daughters, particularly the birth of the youngest one, soon after which I wrote the book. Those three amazing human beings have provided the greatest lessons for me, and Voice Dialogue has helped me to gain more value from those lessons and to be a better parent than I otherwise would have. (See my parenting posts here.)

“We consider Astra Niedra to be an outstanding teacher, trainer and facilitator of the Voice Dialogue process and its attendant theoretical structure relating to the Psychology of the Aware Ego... You are fortunate to have her with you in Sydney”

When I discovered Voice Dialogue it was the missing piece of the puzzle for me. I'd studied philosophy, both Western and Eastern, and had also studied meditation and various types of yoga. I trained in the Japanese healing art Rei-ki, completing both levels I and II. I was editor of WellBeing magazine for two years where I had access to all kinds of information, teachers and teachings as part of my job.

But Voice Dialogue and the ideas of Hal and Sidra Stone have been the most profound and valuable teachers for me.

As more of us realise there's far more to each of us than appears, that we have more choice than we have allowed for ourselves, and that we can transform our relationships and the way we parent our children when we learn what's going on subconsciously, then we can start to enrich and improve not only our own lives but the lives of those we come into contact with.

Support me to keep creating and publishing this information, with FREE access for everyone, by purchasing my books.
Click here to see my books
Thank you!