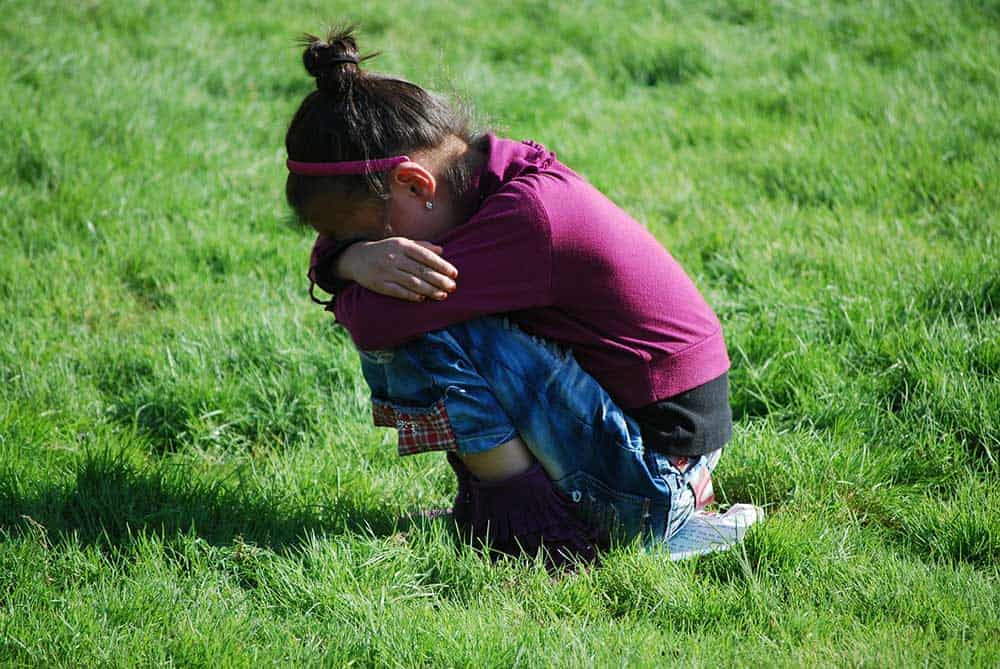 When you see your child is upset and is crying, your natural response is probably to make them feel better, and this usually translates into stopping them crying. There is another approach, which involves supporting your child to cry it all out. This honours their feelings and enables your child to process them fully. The advantages of this in the long term are priceless.


W hen a child cries if they are hurt in some way – physically or emotionally – it is a way of letting the hurt feelings out. When children are older they naturally cry less because they learn other ways of expressing their feelings, such as verbally or in some cases physically or artistically.

When parents and carers comfort a crying child often they tell the child stop crying, which is the eventual response we all want. But when parents do this, on some level, they are also comforting themselves, because most people feel relief when a child’s crying stops.

There could be many reasons for that, such as genuinely feeling pain about your child’s pain, or feeling irritated by the noise, or worrying about other people’s reaction to the noise, or having the crying trigger your own vulnerability.

When the crying stops and your child is happy again, it seems as though all is well again – for child and parent.

Another way to approach dealing with an upset child is to give your child the opportunity to fully express their feelings and to feel okay about them.

For example, one Summer we were filling our children’s portable swimming pool with the garden hose, when the hose suddenly went flying and squirted water everywhere.

My eldest daughter was two at the time and she became frightened and started crying. As I comforted her it felt like my goal was to stop her being frightened so she would feel happy again. Now there is nothing wrong with that, but as I held her, I decided to try a slightly different approach and just spent time with her Frightened Self. I told her that I understood she felt frightened and that that was okay. I said I would have been frightened too by a flying hose spurting water everywhere. I got in touch with my own Inner Frightened Child so I could genuinely empathise with her Inner Frightened Child – who was at that moment her primary self in Voice Dialogue terms.

I let her cry for as long as she needed to, and didn’t try to stop the crying. When she finally did stop – this took a while – she hugged me for quite some time. She then turned to look at the water everywhere and at the half-full pool and squirmed out of my arms, all happy about geting into the pool. She appeared calm and centred, as though she had fully released something she needed to and could now enjoy moving on.

This process involved honouring and accepting a part of my daughter in much the same way as you would honour a part of someone when doing a Voice Dialogue session.

Children will express themselves in so many ways and some of those ways won’t be pleasant, such as when they have tantrums. But even a tantrum is an attempt to express BIG feelings, that probably have built up over time and have become overwhelming. So again, instead of trying to stop a tantrum, allow your child to get it out of their system and find out what has upset them so much. (Dr Laura Markham in her book Peaceful Parent, Happy Kids gives great tips on how to handle tantrums – see retailer links below.)

And when a child is young, crying is one of the main ways they express a range of feelings they can’t yet communicate in any other way. On a physical level it also releases stress and so is important if your child has become stressed by something.

Obviously we have to socialise our children, but you can approach this with an attitude of respect for the whole spectrum of behaviours they will express.

And if you yourself feel that you have never been able to fully express an upset feeling, then crying it out will help you too!

You can get Dr Markham’s book, which, by the way, is one of the best parenting books I’ve read, from these retailers: