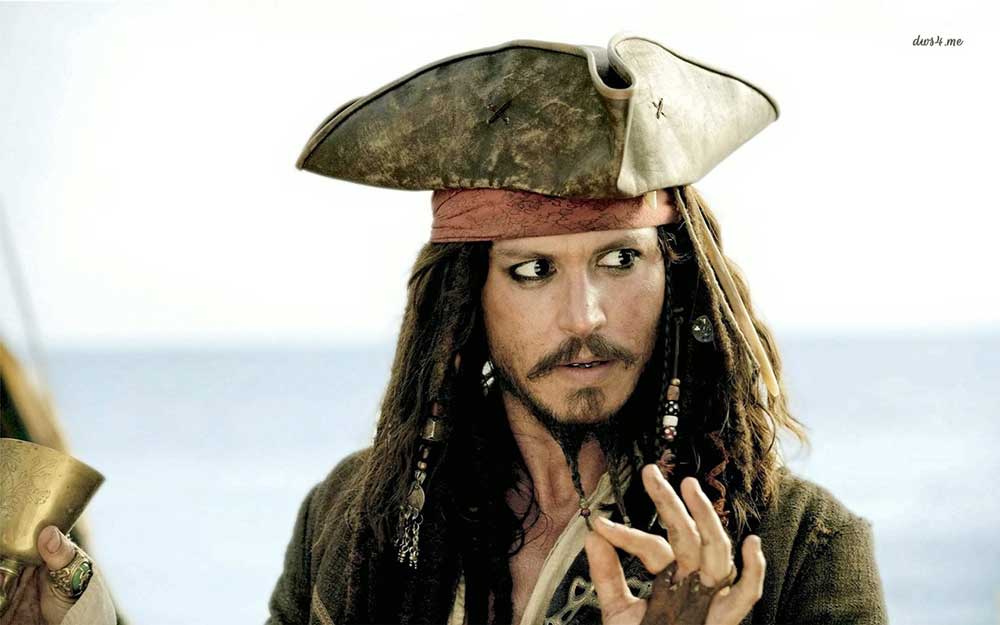 If you’re an overly responsible person whose work life balance is out, or a parent who takes your parenting responsibilities really seriously and you’re not having much fun, here’s what you can learn from Captain Jack Sparrow.

I watched the first Pirates of the Caribbean film with my kids the other day (again) and found myself wishing I could meet Captain Jack Sparrow – or run off with him for a while, or even become him.

He’s not even real, just a fictitious character, although Johnny Depp who plays him is gorgeous enough.

I even checked to see if there’s a Facebook page about Jack Sparrow – there is! – and thought about dying my hair dark and changing the way I dress.

You may think I’m crazy but this fantasy was a lot of fun and I’ve calmed down a bit over the last few days. I’ve also discussed it with my husband and discovered that he too wouldn’t mind behaving like a pirate at times, roaming the world in total freedom, without the responsibilities having a family entails.

To be clear, it’s not that Jack Sparrow is a pirate that’s the most appealing thing – none of the other pirates in the film had such an effect on me – although his pirate energy does have something to do with it.

I think the appeal is because Jack is meant to be a tough and mean pirate yet he’s in touch with his vulnerability and other more sensitive characteristics. And he’s unashamedly happy to express them. He also has a delicious sense of humour, and is basically a ‘good guy’.

He’s the opposite to how we are meant to behave in our sophisticated Western societies – especially when we become parents.

The lessons in the fascination for me included to lighten up a little, to remember to question the rules our culture and its institutions want us to live by, and to make sure they are right for me.

And to get back in touch with energies that being a responsible parent doesn’t allow for.

In fact, I have found that when I do access the more spontaneous and light-hearted and fun parts of myself I actually become a better parent.

I show my kids that life is not all about being serious and responsible but is also fun.

And if I have fun with my kids and also as a person separate to my kids, then my kids respond better to me when I am serious about things that really matter.

What You Fantasise About Reveals What You Have Lost Touch With

Life has a foolproof way of showing us if we have become unbalanced in how we express ourselves – our dreams, fantasies and attractions reveal to us where our imbalances are.

So if you find yourself fantasizing about a film character or a real person, consider what that character represents for you. This will reveal to you what characteristics or energies you need to integrate into your life to bring some balance back to yourself.

If others are also feeling the attraction of the eccentric pirate energy of Jack Sparrow, which I suspect they are, given the huge popularity of his character, maybe there’s a lesson in his character for us all?

To find out more about gaining inner balance and harmony by integrating the many facets of your psyche, get my FREE ebook Which Self Are You?.

Read this post for ideas on how to become more conscious by learning from your children through the process of parenting.