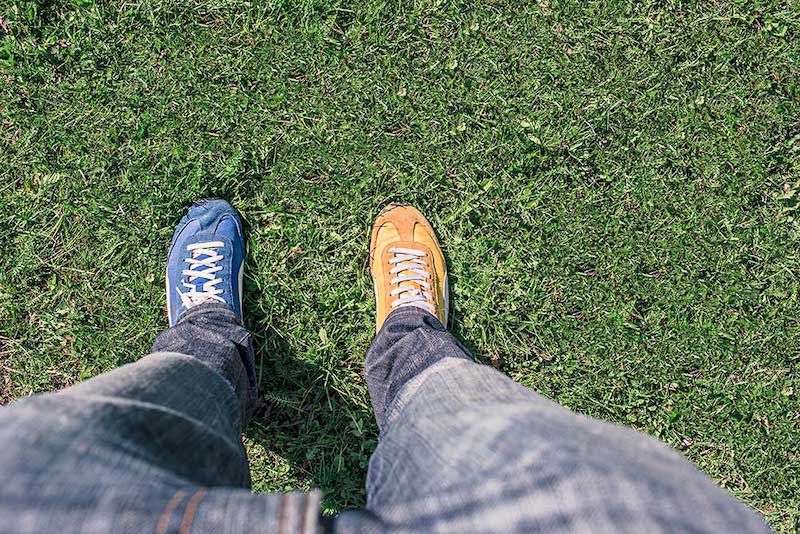 Here are some thoughts on the conventional ‘rule’ that parents must have the same parenting style and always agree with one another when raising and disciplining their children.


M y own parents were absolute opposites – Dionysian and Apollonian energies personified. My mother was a highly intellectual and serious woman who valued learning and studying above all else. She often told me not to worry about friends or boyfriends because the important thing was to get a good education, and then the rest would simply fall into place. She loved art and classical music and read widely. She was tight with money and always made sure bills were paid on time and that there was enough in savings for emergencies.

My father, on the other hand, was someone who loved nothing more than to socialise. He always had people over, and they would eat and drink and dance, often all day and night. He didn’t believe in books, claiming that you can’t live life through a book. He even boasted of only ever having read one book in his adult life. He also loved spending money and was known as a particularly generous host. He was a smart man – he has come up with many ideas for solutions to complex engineering problems. And he has a great sense of humour.

During my early childhood I thought my mother was the most intelligent and responsible person on earth and I felt absolutely safe with her. To me she was the rock of the family. But during my teenage years, I preferred the company of my father who was fun and adventurous, and you can imagine what I felt about my mother….

When they separated I was ten. I lived with my mother and saw my father every second weekend. Unlike many separated parents who try to present a united front when it comes to their children, my parents made clear their disapproval of each other. There was no attempt at all to be united neither in thought nor in their values about how life ought to be lived or in how they parented.

I was very judgemental about this for many years of my adult life because the commonly held belief is that parents ought not to express disapproval about each other’s lifestyle and values, and that when one parent is dealing with an issue with a child, the other ought to back them up – even if they disagree. So I was angry that my parents had been openly in disagreement with one another, believing this had caused me to side with one over the other, and then back the other way, and back again, depending on which parent I was with.

My thoughts on this now have changed.

I know my own parents didn’t handle their judgements about one another with any awareness of how their behaviour might affect their children or even of how it might teach them something about themselves, but I also know that because they were such opposites and didn’t pretend to be otherwise, I gained insight into how two people can see the same situation in an entirely different way – and that each perspective was right!

Here’s why I believe it’s fine for parents to have different parenting styles and to openly disagree with one another:

First, I don’t believe it is healthy for children to experience one parent disciplining them according to whatever rules and ideas and unconscious judgements and vulnerabilities that parent has (we all have them!), and then to have the other parent outwardly back up the first parent when they in fact disagree with them and/or can see that the first parent is acting out their own issues.

Not only do children sense the second parent’s dishonesty and feel the consequent withdrawal of their connection and support, but they also feel abandoned. They also learn that it is not always ok to respond naturally to people when you disagree with them. And this is confusing for children, especially because most parents teach their children to be truthful and honest.

I also find it problematic to present to a child the idea that both its parents – or any two people – are always in agreement and that they see and react to things in the same way. Parents often say things like ‘This is how our family does things’.

But consider this: Maybe it’s healthy for children to know that their parents see and respond to things as individuals? And if there’s more than one child in a family, wouldn’t it be especially beneficial for those children to have the opportunity to see a number of perspectives from their parents so that those children, if they feel differently to one parent, might find understanding from the other?

Don’t we all seek in other people someone who will empathise with us and ‘get’ us? And if both parents are always united then chances are that at least one child will be the odd one out, will be the black sheep that doesn’t fit in.

Second, it breeds resentment between the parents. If one person has to suppress their response either completely or until the parents are alone and can discuss what happened, it is likely that whichever way the first parent acted in relation to the child will become part of the family’s rule system.

The dissenting parent will forever have to live in silent disapproval of that rule. It is true that some parents will, after a discussion, come to a new agreement on how to proceed in future, and they will be ok with admitting this to the child. But many won’t admit to a child that they have previously acted from an unconsciously inherited rule or defensive reaction which they have since re-assessed or that their ideas have evolved.

Third, it doesn’t allow for different perspectives to be presented to children openly and so limits their exposure to the benefits of conflict – the development of the ability to hold opposites and be open to alternative solutions.

I now believe it is better for both parents to present their actual responses to the other’s actions and reactions. This can be done in such a way that does not disparage the other parent in front of the child. It can be done so that the child can see that there is more than one perspective, that each perspective involves the protection of vulnerabilities, and that people are able to live with, grow from, and negotiate differing perspectives. Ideally the child’s perspective ought also to be included in the picture. If the whole family’s feelings are honoured, and each person’s viewpoint is heard and validated and incorporated, the outcomes are positive.

My experience with my own parents exposed me to radically different ways of seeing the same situation. For they even shared their own point of view on their divorce and what went wrong in their relationship – again something separated parents are discouraged from doing so as not to upset their children or cause them to feel conflicted about their parents.

I’m not advocating that separated parents dump their anger and judgments about the other parent onto their children – behaviour we know is harmful to the child – but that maybe they can find a way of presenting to their children the concept that two people can see things in entirely different ways to one another. If done with the intention to promote awareness, growth and a deeper understanding I believe it would be beneficial to children. And of course how you proceeded would depend on the child’s age.

It certainly opened my eyes to how differently people can experience the same situation when I was exposed to both my parents’ point of view. It really extended my sense that reality is more complex than how one person sees and experiences it. And I understood that both sides have truth to them. This has enabled me to more easily understand and empathise with opposite viewpoints on the same issue, which is not a bad thing.